The future of V Madrone began with four friends sitting around a table sharing, dreaming, laughing, and occasionally sipping! The room was filled with an intense passion for wine and a good intention to be true to themselves and the history of Napa Valley. 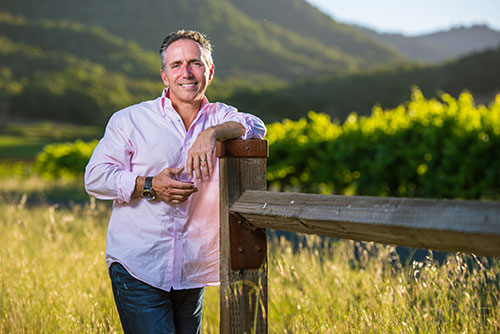 Kelly started his Wealth Management career in 1983 at Bear Stearns & Co. From 1995 to 2008, Kelly managed The Trevethan Group at Oppenheimer & Co., where he was a Managing Director of Investments with the firm and was a member of the Oppenheimer & Co. Inc. Chairman's Council, a prestigious recognition awarded to their top Financial Advisers. Kelly also co-founded The Physicians' Financial Resource Group, a team of financial advisers whose broad financial services platform focuses on sub-specialty physicians and medical groups.

The grandson of Italian winemakers, Kelly inherited his family's passion for wine and winemaking.  It was this passion that inspired Speratus Winery, a philanthropic project donating 100% of their profits to provide scholarships for at risk and low-income young men and women, and to provide an opportunity for them to attend Lasallian High Schools throughout California.

He is a past member of the Saint Mary's College Board of Regents, Investment Management Consultants' Association (www.imca.org), the Financial Planning Association (www.fpa.org), the San Francisco Estate Planning Council (www.sfepc.org), the National Committee on Planned Giving (www.ncpg.org). Mr. Trevethan is a member of the De La Salle High School President's Advisory Board (www.dlshs.org), and also on the board of Alpha Omega Winery (www.aowinery.com). 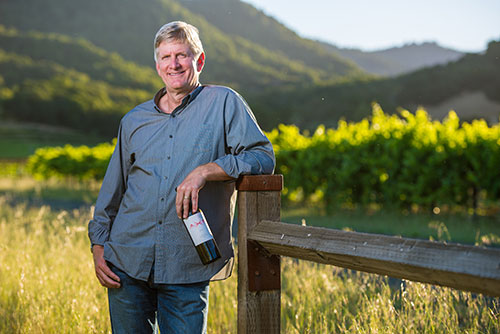 A businessman and entrepreneur, Mark was co-founder of the Tolt Service Group, which was sold in November 2013 to Kyrus Corporation. Tolt was started in 2002 in collaboration with retail store service and maintenance professionals to improve the cost efficiency and implementation of on-site technology deployment and repair services to the retail grocery industry. The company provided these services for customer-facing technologies to a wide-array of multi-location (35,000 sites) retailers throughout the US.  By 2013, the company had grown to more than 1,000 employees nationwide, annual revenues of $75M, and was the market share leader in the food retailing industry.

Prior to Tolt, Mark held various executive and sales positions in the technology world, including a 12 year stint at Symbol Technologies, as VP/General Manager with complete operational and P&L responsibility for a $150M business, including hardware/software sales, professional services, and break/fix services.

A home winemaker, Mark has "fed" his liquid passion by regularly working as a Tasting Room Associate, combining his passions for wine and people, and learning first hand what influences both. 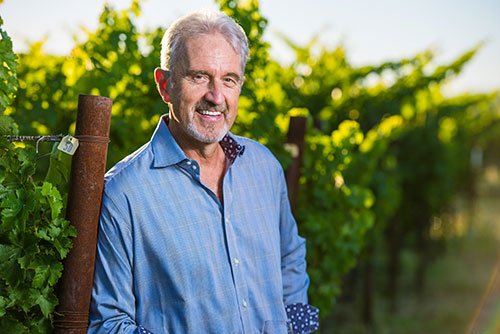 Don was born in Belgium, but surprisingly never acquired a taste for beer. Wine, on the other hand, has always been a passion. Recently retired from a successful career with IBM and Lexmark, both large Fortune 500 companies, Don is excited to focus his attention on wine and hospitality through his partnership in V Madrone and AXR Winery in the Napa Valley.

Don’s professional career spans more than 45 years with IBM and its spin-off in the 1990’s – Lexmark International. Don began in the mailroom at IBM in Detroit, Michigan, when he was 18 years old. He moved up steadily, and ten years later had the opportunity to become a manager in IBM’s Bay Area office. He has since held various management and executive leadership positions in sales and marketing with both IBM and Lexmark. At Lexmark, Don handled some of the company’s largest accounts, including Apple globally, Safeway and Bank of America. In addition, he personally brought in more than $300 million in new business. Among the many sales and marketing awards Don has won over the years, he is most proud of being Lexmark’s first ‘Lifetime Achievement Award’ winner. And in 2014, Don was recognized by his peers with the ‘Don Van Laeken Lexmark Spirit of Excellence’ award.  This award will be given in perpetuity at Lexmark’s annual Achievement Conference.

Also an entrepreneur, Don was a key investor in the Tolt Service Group in 2003, which was sold in November 2013 to Kyrus Corporation. This is where Don met Mark Schratz, which resulted in a long and strong friendship and a mutual desire to invest in another business opportunity. Don is excited to join Mark and Kelly Trevethan as a managing partner this exciting venture. 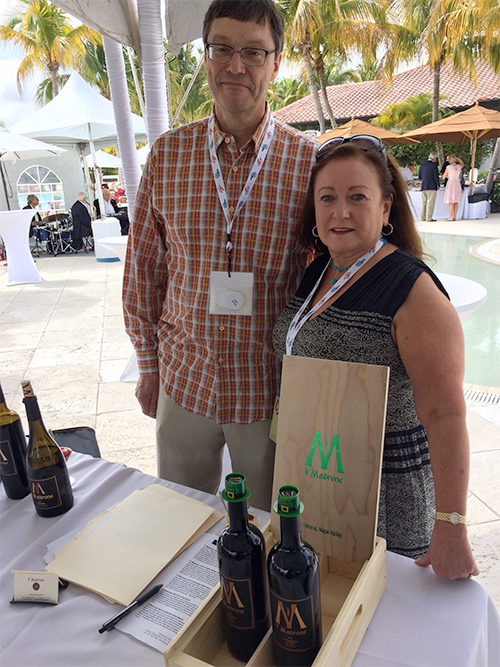 Chris and Pauline Tilley began the V Madrone journey when they acquired the estate in 2001 while on their honeymoon in Napa Valley. The Tilley’s planted the 3.5-acre estate Cabernet Sauvignon vineyard in 2002, following extensive review of soil type, neighboring vineyard analysis, climate, water source and runoff and other “terroir” factors. In 2004, thanks to the diligence of renowned local historical researcher, John Kelly, the lost legacy of August Hersch was rediscovered and the Tilley’s learned that the property was eligible to become a winery again. In 2007 V Madrone Cellars was declared a Napa County Historical Landmark, and on December 6, 2008, on the 75th anniversary of the Repeal of Prohibition, the V Madrone was opened for business.